[April 22]: Peripheries Journal has added "public health" as a thematic component for Issue 5, and is now open to contributions and analysis centered on alternative forms and community practices for confronting the pandemic in peripheries and favelas, as well as indigenous, quilombo, immigrant, refugee, migrant and Rom communities. We are also open to contributions that affirm the significance of civil society action in the face of the urgent and collaborative mobilization required by the current situation. We seek, above all, contributions rooted in democratic perspectives for overcoming challenges: ensuring respect for fundamental rights in access to health; employment retention and the responsibility of the State to ensure said retention; and the responsibility of society to support human dignity amid social isolation and its resultant restrictions, preserving both mental health and collective well-being.

Over the last several years, the world has witnessed an expressive growth in ultraconservative socio-political forces. Though present in a number of countries, this phenomenon has made itself overwhelmingly apparent in the American continents, with the dissemination of a regressive agenda that sees the environment exclusively as a source of material resources, and treats groups dedicated to the defense of sustainability as enemies of economic development. At the same time, initiatives set on constricting and violating individual and collective rights have broadened social inequality and driven the most retrograde of market forces, especially in predatory agro-business practices, above all in the practice of monoculture agriculture, along with mining activities and wood extraction. These, in turn, have intensified deforestation as well as land seizures and the expropriation of indigenous and quilombo land, coinciding with a high incidence of human rights violations against the populations that inhabit these territories.

Recently, we have seen a grave increase in aggressive processes of exploitation of natural resources from diverse ecosystems, with fires, indiscriminate deforestation, control of access to water sources, private appropriation, and the dilapidation of resources in the Amazon and the Cerrado, with erosion and desertification of territories in Africa, worsening levels of atmospheric pollution and, globally, trends in climate change.

The disregard for democracy and the environment, thus, forms a joint world vision for the ultraconservative groups, culminating in a regressive agenda that threatens the Republican State of Rights, the environment, democracy, and all of us.

Faced with this regressive scenario, how do we respond, in a critical and propositive manner, to the mercantilization of nature? How do we contemplate nature and democracy as a common good in the context/sense of creating new forms and contents of appropriation and the use of conditions that ensure the complete guarantee of human rights?

Direct responses have been given, as we know: indigenous and quilombo peoples preserved their ancestral territories with struggles to maintain already-titled reserves as well as those in the process of receiving titles. International organizations have pressured, in their own way, those leaders of the State whose politics do not adhere to preservation and environmental sustainability. Civil society, meanwhile, has dedicated itself to the fight for environmental rights as components of political citizenship. Rural workers fight against the indiscriminate use of agrotoxins and the social use of lands, pushing for and undertaking just trade in agroecological products. Movements of the peripheries have found convergence in the fight for access to basic sanitation and water, both indispensable to living dignified lives.

The goal of PERIPHERIES 5, “Environmental and Democratic Sustainability,” is, through the gathering of researchers, activists, artists, and the interested public in general, to analyze the forms, strategies, and consequences of the dissemination of the conservative project in our reality and to seek out alternatives to the challenges that it represents, particularly in regard to the rights of social groups from the global peripheries.

The importance of such analysis and denunciation is evident. PERIPHERIES 5, however, seeks to value alternatives to this ultraconservative project, emphasizing forms of resistance and confrontation, as well as alternative agendas that, based in democratic principles and in the right to common use of nature, recognize the environment as a source of life, and contribute to the preservation of democracy without losing sight of the fact that this action is inseparable from the defense of the environment and of the life of those that depend on it.

PERIPHERIES Journal takes the manifestation and appreciation of the Potency of the Peripheries as its guiding editorial line. Collaboration proposals submitted should consider and attend to this principle. For more information see the Letter from Maré and "The Paradigm of Potency and the Pedagogy of Coexistence."

We wish to emphasize that the concept of the Periphery should be considered broadly,  extrapolating the urban sphere and contemplating non-hegemonic peripheral realities. As such, we consider the Periphery to include populations and territories composed of the indigenous, quilombolas, religious/ethnic minorities and gypsy travelers, as well as questions of ethnicity and race, gender, LGBTQ+, refugees and migration.

Original academic articles with up to three authors, considering the editorial line of PERIPHERIES Journal, containing up to 3000 words.

Collections of photographs on the same theme, considering the editorial line of PERIPHERIES Journal, containing between 5 and 10 images, with an introductory text of up to 1000 words, including spaces. Photographs should be sent in low resolution for consideration. In case of approval, we will send technical specifications for publication.

Image production - graffiti, painting, engraving, wood engraving, artistic interventions, interventions in space and all other image-based artistic expressions - considering the editorial line of PERIPHERIES Journal, with an introductory text of up to 1000 words, including spaces. We will accept up to 3 images, of which 1 will be selected for publication. Images should be sent in low resolution for consideration, with due credit when necessary. In case of approval, we will send technical specifications for publication.

Individual and collective textual productions as poetry, considering the editorial line of PERIPHERIES Journal. Up to 5 poems, of which 2  written by the same author will be considered.

Comics, considering the editorial line of PERIPHERIES Journal, containing between 15 and 20 pages in size A-4. Images should be sent in low resolution for consideration. In case of approval, we will send technical specifications for publications. 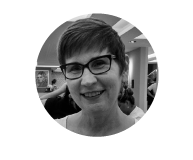