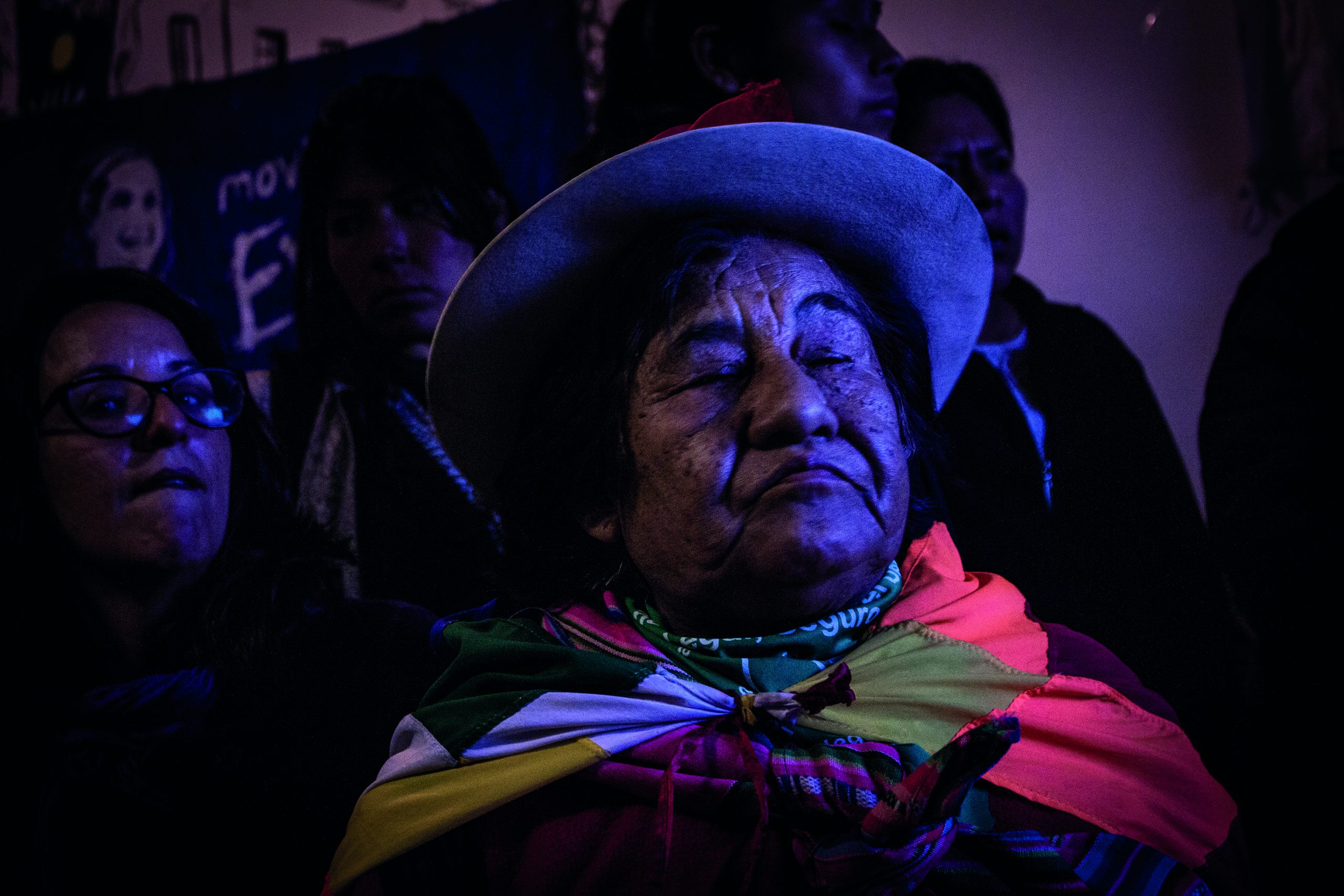 We are members of the Bachillerato Popular Alberto Chejolán, a school of young people and adults that has been in operation since 2012 in Villa 31, a popular neighborhood in Buenos Aires that has been fighting for its place within the city for more than 80 years. Our school forms part of the local organization “Eulogia Ríos,” which carries that name in homage to a graduate, companion, native, and warrior for life. Ríos resisted the bulldozers of the dictatorship and today the organization bears her colors—those of the wiphala—wherever we are needed.

Popular baccalaureates are public, popular schools at the secondary level for young people and adults, organized and managed by social organizations, their workers, and the educational community. They are schools of the people because they take up the Latin American tradition of popular education, rooted in the Freirean1 Refers to the work of Brazilian educator and philosopher Paulo Freire, who advocated for liberatory pedagogical models experience, with its belief in a liberating, feminist, anticolonial, and decolonizing kind of education. The popular baccalaureates are public because they recognize the importance of being open to the community, free, secular, and of transforming the state education system, in particular taking into consideration the difficulties of the working class in accessing education. Moveover, they are committed to territorialization and the creation of an identity and an organizing space for the whole community. At the root of this kind of construction, the trajectory of these schools is interwoven in the same way that many schools in the educational system share the same mission, in demanding and fighting for the recognition of their existence, in the work of those that are there as educators, and because of the rights of the student body and the working conditions.

The Bachillerato Popular Alberto Chejolán emerged toward the end of 2011 from an analysis undertaken by local villa leaders concerning the alarming educational situation of young people and adults, which showed that more than two-thirds of this group hadn’t been guaranteed access to education. In this context, and with the experience of having built another baccalaureat with the same organization, we began preparing this new school in an abandoned government building, which has expanded as we’ve grown. After four years of fighting, we achieved recognition of the school as a state-managed educational institution. But we still are fighting to improve conditions: the recognition of students’ work in terms of educational standards, food, etc. Six student cohorts have already graduated, and the educational project they completed, meanwhile, continues solidifying itself in the form of new organized experiences in the classroom. These focus our day-to-day study but also broadens it: there’s now a space for kids to attend classes with their mothers, for entrepreneurial endeavors, for participation in the urbanization process, for educating couples about gender violence, and, recently, for educating people on the food crisis affecting the country generally and the neighborhood in particular.

At the “bachi,” we attend to women of all ages—migrants, pioneers, porteñas2Women from Buenos Aires—attend. We work, we organize and maintain our homes, and we take care of those around us. Throughout the week, after the time dedicated to subsistence, we share hours teaching and learning in the public, popular schools. Our journey is directly connected to the school system that included or excluded us as citizens to varying degrees. Our challenge is to build a school based in the model of popular education—as a tool and horizon to organize ourselves, to teach, to learn—because what is public is universal, so long as it is of the people. School is where we collectively develop our life projects—the life projects they excluded us from. It is through this popular education [an education of and by the people] that we are building another life, another lifetime.

The baccalaureat carries out its activities through distinct work commissions, each of which is dedicated to specific tasks. One of those is the gender commission, made up of teachers, students, and alumni from all around. The commission was born with the initial objective of detecting and accompanying instances of gender violence, developing workshops, and creating networks in the neighborhood and beyond. From there we built a space to gather, listen, and laugh—which is a political challenge in trying times. One of the spaces we sought to create was the “mateada” [mate tea-drinking time], because mate is part of the language we share, something that builds bridges between us. The mateada begins at the school, but we use it to take our teachers, students, and graduates out on walks, so that stories of violence and distress circulate, allowing us to, with our compañeras, create new life narratives and experiences.

The last Saturday of each month we know that an afternoon of mutual understanding, shared reflection, and cathartic crying awaits us. On that Saturday we never go home the same, because something shakes us up on the inside, like a whirlwind.

Sometimes these tea-drinking sessions take the format of a discussion on something topical, and sometimes the “bachi” transforms into our workshop, where we use our hands to create stamps and images that reflect our identities. At other times it takes the form of what we want in the moment.

Drinking tea together is a gift in itself, but for us it’s also a way to collectively take back time that the patriarchy wanted to rob us of—our shared laughter proves that it couldn’t. It’s feminist because we believe that this is the key to collectively building autonomy, agency, and the definition of our own stories.