On leaving prison in 2008, Alejandro “Pitu” Salvatierra tells me, “It almost returned to me, all of that violence that I had left behind.”

Pitu had completed secondary school while in prison in La Plata, Argentina and achieved the highest graduating GPA in the entire city. Over and over again, his penal record made him unemployable.

After a full year of job searching and rejection, Pitu had had enough.”I got a bottle, broke it, and placed it in my jacket. I got on the bus looking to see where I could get off and steal a car. On that trip, while I was looking for where to get off, they called me and offered me a job at the Plaza de Mayo Foundation. Even now, it seems like movie. That day changed my life.”

With the Plaza de Mayo Foundation, Pitu pioneered an initiative in his childhood Buenos Aires neighborhood of Villa 15 to rehabilitate drug users and connect them to jobs. He began with thirty youth. Five years later, over three thousand had passed successfully through the program. “It was then that I began to understand how important I could be for my barrio... I think It was then that I became what we call in Argentina a militante, a political and social militante.”

Today, Pitu meets me outside his office at the Mugica Vive Escuela de Adultxs Educational Center. In founding Mugica Vive, Pitu made it his mission to bring education to his barrio, schooling kids and connecting adults to jobs. Mugica Vive now contains three branches: vocational courses for employability, a primary and secondary school for local children, and training hub for community leaders.

Our hour-long conversation spans Pitu’s awe-inspiring life and his commitment to the neighborhood that raised him. From sleeping in the streets and in soup kitchens, to losing his father and all but two of his childhood friends to armed violence, to his seven years in prison, Pitu repeatedly returns to to the power of education in pulling him from the brink.

“I think that school changed my life. It made me turn my head around. It was the education itself… education opens doors. It allows you to understand reality in a distinct way. I think that education allows you to build tools beyond violence [...]  to have the capacity to analyze situations, realities, and to find creative responses, the use of your ingenuity, your common sense, respect for others, to understand situations… because there is nothing that generates more violence then a lack of understanding of what is happening to you. To suffer the consequences of things that you do not understand. To go hungry and to not know why you are hungry, to not have a school and to not understand why there is no school. This creates violence and an uncertainty that changes you into a person with [violent] characteristics. Education allows you to understand. Even on the most basic level, it allows you to find words for what you are feeling, what you are living, and what you have kept inside.” 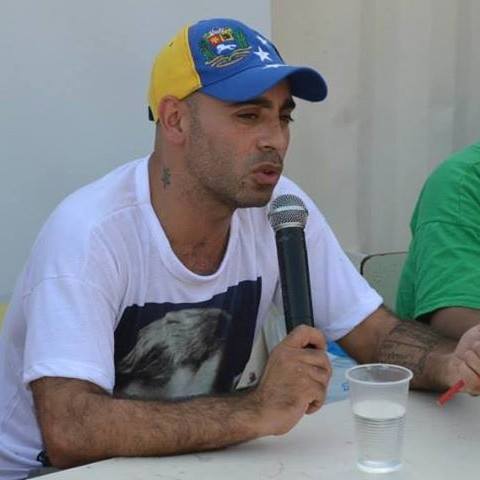 “We have a guidance school here, an activism school. It’s a neighborhood guidance school, in which we seek to give neighborhood leaders the tools necessary to develop their activism in their neighborhoods: to understand the State, to understand bureaucracy, to understand how the State functions and wherein lie the solutions to our problems. We help strengthen community initiatives like soup kitchens, teach people how to organize themselves, to recover the history of the villero movements, and this culture and rich political life that exists in the barrios.”

On political mobilization in the villas...

“In most of them there exists a process of popular organization. That’s either through cultural centers, neighborhood clubs, or soup kitchens. Here we have something that is called olla popular, which is where we put a huge pot on the fire, cook a big meal, and share it all. This is really natural for us and happens all over in Argentina barrios. Political and social life in the popular sectors is notorious here. It’s dynamic. We are present constantly in Argentina political life. In the city of Buenos Aires, the villas --  which are our favelas -- have a wide range of organizational processes. There were villero movements that pulled all of the villas together. There have been many of these in the city of Buenos Aires.”

On meritocracy and social justice…

“We don’t want charity. We want social justice. We want the same opportunities for those that live in a villa, in a favela, in a settlement, as for those that had were lucky enough to have been born in a private neighborhood, in the country, or in middle class neighborhoods. It is no coincidence that global capitalism and neoliberalism always impose meritocracy, because of course, it is always easy to push for meritocracy when you are born in a Ferrari. But if I was born in a junker, meritocracy is perverse, because I started from much farther back than you did. So this premise is false, and they always implant it. We don’t believe in meritocracy. We believe in social justice. In a State that we construct out of all our contributions and taxes, and that it be a means of wealth distribution. One that allows there to be rich people, but that these people not be so rich that it creates poverty.”

Ruge coordinates English translation and proofing for Peripheries Journal. Based in Rio de Janeiro, he holds an MA in International Economics and Latin American Studies from the Johns Hopkins School of Advanced International Studies (SAIS)