Black and brown people make up nearly 40% of journalism students in Brazil. This is according to a study by Diversa (a collaborative online platform for educational practices), based on the 2016 Brazilian Higher Education Census. Those who self-identified as “yellow”[1] students represented less than 2%, and indigenous students less than 1%. If the scope of diversity narrows upon university entrance, it tightens further from graduation to hiring at editorial teams. The proportion of white students, which reaches 60% at university, surpasses 70% at the editorial level. Meanwhile the level of black and brown students falls by nearly one half to just above 20%. Yellow and indigenous students retain similar levels of around 1%.

It was with the goal of subverting this reality that NARRA was born.

We are journalism school agency, and our first class features a group eleven youth, primarily black and female. We come from across Rio’s Metropolitan area, from the Baixada region to Niteroi, including the favelas and the suburbs around Maré. 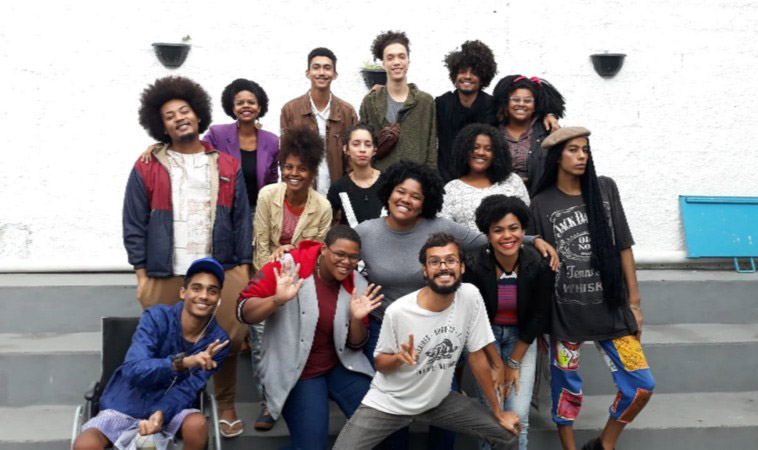 We joined forces to construct a common dream: one of a more diverse and responsible communication based in a plurality of voices. We dream of a communication in which our existence lies not at the margins, but at the center of a content production focused on stimulating critical thought, self-esteem and a deeper discussion on fundamental rights.

NARRA was born out of the Agência de Narrativas de Periferias (the Narrative Agency of the Peripheries), a year-long project of the Favelas Observatory. The project’s methodology was developed by the Data Labe project in partnership with the Énois school of journalism.

In our first report, we look to understand who makes up the new generation of children from the favela and how they construct their identities. We spoke with psychologists, pedagogues, professors, mothers, and of course, the children themselves to understand the importance of conversations on race for their lives.  We looked, above all, to approach this question in the context of the 15 year history of Federal Law 10.639;2003, which mandated the teaching of Afro-Brazilian culture in grade school.

Most recently, we have sought to research government public policy, interviewing adolescents currently interned at and recently exited from the Rio State Socioeducative System. The idea is to deepen contemporary thought regarding policy as well as the realities experienced by these youth from a broader perspective anchored in data and life testimonies.