The arrival of Romani people to Spain has been documented since 1425, making them an integral part of the population. The estimated population is somewhere between 700,000 and 1,200,000 people, 40% of which live in Andalusia. More precise information is not available, as ethnic, racial, and religious information isn’t taken during censuses.

In this article we interview a woman from Seville: Pastora Filigrana, a 38 year-old lawyer and Romani human rights activist who works to end political violence and repression and who manages important political engagement in the Sindicato Andaluz (Andalusian Syndicate). Her reflections on social concepts concerning the Romani community in the city outskirts, systematic racism, and the role of movements for decolonization will not leave anyone unmoved. 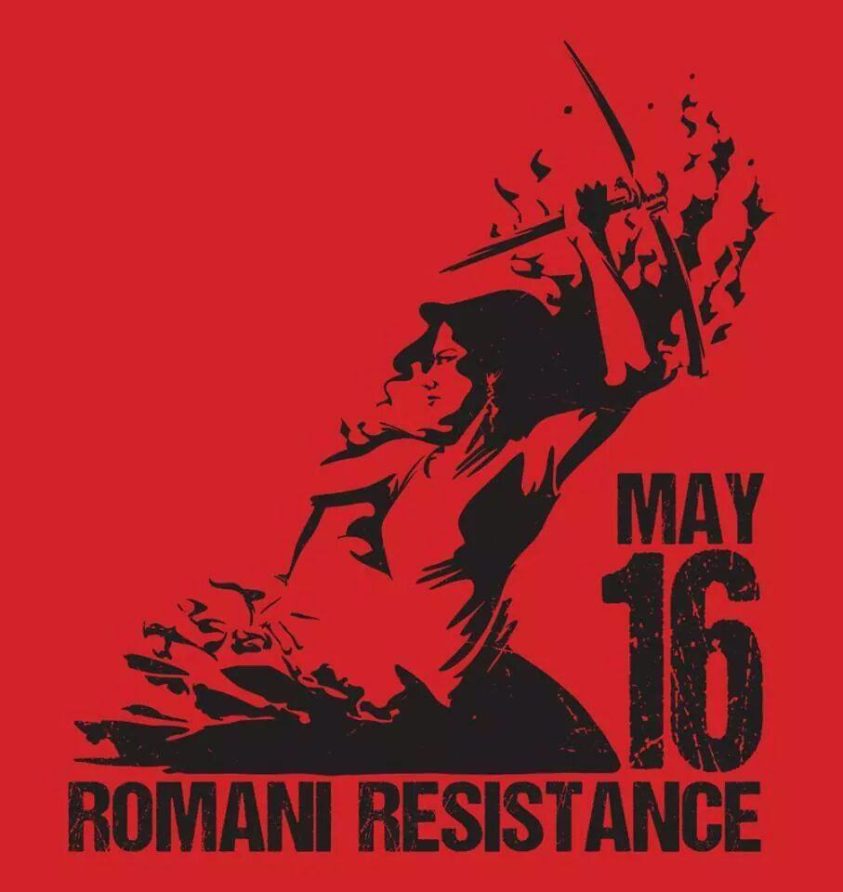 “It’s not about integrating them into our model, but making a world in which they have other ways of organizing themselves so they can fit in.”

How would you define the Romani people’s situation in the general context of Spain, and more specifically in Polígono Sur (in this case the outskirts of Seville)?

Pastora Filigrana: Even though we don’t have any official data (because of the lack of ethnic and racial information in censuses) there is a significant amount of Romani people living in situations of social exclusion or in risk of social exclusion. Nevertheless, it is important to note that when I say “a significant amount” I don’t mean to say the entire Romani population, because it is a popular belief that all Romani are synonymous with marginalization and exclusion. Even though it has historically been this way, today, there is a Romani population that has better material conditions, but of course there is still a considerable part of Romani men and women that continue to form pockets of poverty in the Spanish state. Here in Seville, in Polígono Sur, the Romani people represent an important percentage of the area (around 25,000 out of 50,000 who live there.) They live in situations with a lack of resources, precarious living conditions, structural unemployment, significant lack of hygiene and sanitation services, and safety issues.

Regarding the causes of this social exclusion, according to popular opinion, the Romani people are accused of being responsible for their own poverty, just like capitalism does to the poor and excluded. In reality, there is a history of persecution and legal discrimination that explains the current situation.

How are Romani people typically portrayed?

Pastora Filigrana: The Federación de Mujeres Gitanas (Romani Women’s Federation) has very interesting studies on how Romani women are treated by the Andalusian press, and concludes that they are classified into two unique categories: Delinquency (news where delinquent acts appear and point out the fact that they have been committed by Romani people) or cultural performances (primarily flamenco). Basically, in the public eye and the media, a Romani person is either a delinquent or a performer.

What portrayals have been formed by public entities, and which by Romani entities?

Pastora Filigrana: The portrayal of Romani on the level of public entities is not causal; they are purely political. The capitalist systems requires large pockets of poverty; it is a systematic extraction of the riches from one population to another. In order to justify the systematic violence against impoverished people, they create a series of tales and stereotypes about Romani : they don’t want to work, they are dangerous, they are chauvinists. What they do is try to justify the socioeconomic position that they occupy in the current order and thus justify the poverty that the system requires. In other words, what comes before the creation of poverty is the creation of a stereotype. And how is this done? Well, through communication and the public entities. The [Spanish] administration has been greatly responsible for perpetuating these stories. If we look back at the laws from 1492 until the last anti-Romani law (abolished in 1986, with the beginning of the democracy), we see that the role of the administration has been to represent Romani as excluded, but responsible for their own exclusion by being lazy or a criminal. Since the creation of Romani entities in the 1970s, they have tried to reverse this societal portrayal, but since many of the Roma entities live off of public subsidies, the solutions that they come up with aren’t sufficiently appropriate to dismantle these views. The discussion tends to be more about social policies rather than getting to the root of the political problems that originate from inequality.

How have public policies been designed and how do they tend to be designed towards Romani people?

Pastora Filigrana: The public policies that have been made tend to be patchy. They don’t get to the root of the problem, nor do they [address] the need that the socioeconomic system has to create these large pockets of poverty, to create subjects that are excluded by the same idiosyncrasy that they attribute to them, like in the case of the Romani . I always say that if the Romani didn’t exist, they would have to invent them because the economic system relies on otherness upon which it constructs contradistinction to the stereotype, normalcy, or conventionality. Public policy doesn’t get to the root of these problems. They tend to be patchy, they tend to only talk about social policies. One of our grievances is that the Romani's problem isn’t simply resolved with social or cultural policies, but requires a deeper change to the paradigm. The [root of the problem for] Romani isn’t something cultural, it is something political, and must be tackled there.

Does it make sense to have specific public policies for the Romani ?

Pastora Filigrana: Yes, it is necessary because for centuries there has been historical discrimination where the categorization of the Romani has become worse, [creating] sub-humanity faced by the conventional citizen. It isn’t enough to just announce political will to reverse it, but requires public politicy engagement. These public policies, more than focusing on the physical (real housing problems, access to information, exercising the right to work, exclusion), should focus on social [issues], but go even further in depth. We need policies oriented towards the majority of society to work on all of the stereotypes, and not in a traditional way but to really understand why these stereotypes have been constructed, what convenience does political power get from these stereotypes, and why is it necessary to reverse them. In short, yes I believe that we lack public policy understood as public will to reverse the situation.

Do you believe that systematic or institutional racism exists in Andalusia? What does this concretely translate into?

Pastora Filigrana: I believe that systematic and institutional racism does exist in Andalusia and the whole world. The prevailing socioeconomic and globalized order in the whole world requires a racial order in order to organize its plunder of some populations over others and some people over others. This is to say that racism is systematic and structural in a globalized economic model, as well as for Andalusia. What does this translate into? On a global level, as in some people, with regard to their race or where they live in the world, they are in a situation of sub-humanity and are continually having their resources and material, cultural, or spiritual goods stripped of them by another part of the population that lives in a privileged situation. This happens on a global level. On the level of Andalusia, and for the Romani , this translates into a situation of material inequality and into blaming the Romani for the reality that they suffer. This language constructs itself by attributing negative stereotypes to the Romani community, which ends up being, in the public eye, responsible for all of the calamities it suffers.

What elements would be necessary in order for real incorporation and participation in the democratic process to exist for Romani people in the city outskirts, for them to no longer be references for stigmatized sociopolitical stereotypes, but to become protagonists as the creators of [new] laws, portrayals, and knowledge?

Pastora Filigrana: I believe that this statement is a trap. The issue isn’t that it is necessary for the Romani people to be part of a democratic process that already exists, but how they can organize themselves in society so that the Romani people can build their own processes for participation, as they already exist. They know how to organize themselves, they know how to speak, and have resisted 500 years of persecution. They have great models of mutual support and self-management of conflicts. They have survival methods as benchmarks. Another thing is that this is made completely invisible and stigmatized by the majority of society. It’s possible that in their communities there exist democratic processes that to us are admirable, for example, having alternative social security, savings systems, or their own forms of conflict resolution. To me, this is already a democratic model. It’s not about integrating them into our model, but making a world in which they have other ways of organizing themselves so that they can fit in. We can talk about, for example, ways of resolving conflict. In the public opinion it is believed that the only forms of conflict resolution that Romani have are getting even and explicit violence, but what a great part of the population doesn’t know is that they have mediation processes, advice from elderly, and that when there are problems between family members, they have a lengthy discussion before any type of violent resolution. There are forms of conflict resolution that we should learn from, and not make [the Romani] copy our own.

What do you think of the new voices, battles, and movements for vindication that are appearing? Are they, or could they be a response to the situation of the Romani people in the city outskirts?

Pastora Filigrana: I imagine that you are talking about the movements for decolonization of Romani people. I believe in them very much and I believe that they are very valid, at least on a symbolic level. The issue is how they influence in a tangible way, the social exclusion of the Romani . This will be a second level. Maybe these movements can serve to change the major discussions and make visible the other realities that can have material repercussions over time. I consider myself part of many of these movements and I believe that we have to create an epistemological value, a way of being in this world that has been invisible, criminalized, and persecuted, and make it positive. We’re working on it.