On Friday morning (July 1, 2004), Professors João Roberto Ripper and Ricardo Funari assembled students of the first ever Escola de Fotógrafos Populares (EFP - School of Popular Photographers) class in front of 26 Rua Guilherme Maxwell,[1] giving the final instructions for the group’s “Images of the People” project (Imagens do Povo). This type of activity became known as “photographic excursions.” On that day, we embarked on our first practical class to photograph the streets of Maré.

The EFP course, offered by the Observatório de Favelas, had been going on for two months at the time of the first excursion. Until that point, we had only discussed theoretical content. The class’s students hailed primarily from Maré, but also from Mangueira, Santa Marta, Rocinha, Manguinhos, Vila Aliança, and the favelas of Alemão. The Observatório de Favelas intended to replicate this experience, which took place in Maré and in other Rio de Janeiro favelas.

Equipped with cameras provided by the project, we walked the streets of Morro do Timbau, Baixa do Sapateiro and McLaren, photographing landscapes, streets and people. These images would become the first in a vast photographic archive created by the photographers born of this communication experience.

We began our recording there at Rua Guilherme Maxwell, and continued on to Rua Praia de Inhaúma. We spent the majority of our time in the McLaren favela, where some families still live in wooden shacks. McLaren is the region’s most recent occupation and hails back to Maré’s precarious origins (housing in wooden shacks at the fringes of a gully). We would return to this favela several times.

From there, we continued on to the Linha Vermelha highway, looking to photograph street vendors. Many of the region’s residents earn a living selling products to drivers stuck in traffic. On learning that a group of homeless families lives underneath the nearby Avenida Bento Ribeiro Dantas bridge,[2] we went to meet them, making contacts with men, women and children. We obtained permission to take group portraits as well as photographs documenting their degrading living conditions.

For me, this was the most impactful event in the first months of my photographic practice. Though I go there frequently, I had never noticed those on the street. The greatest surprise was “discovering” that Maré also has a homeless population. I used to think homelessness was a problem of the “asphalt” and not of the favela. Afterwards I learned that this group of people became part of the population of McLaren.

After visiting the homeless of Maré, we moved through the streets of Baixa do Sapateiro and Morro do Timbau, where we photographed children, backstreets and alleyways.

In a later class, we took these pictures from our first photographic excursion and  used a projector to analyze them together. As we saw our photographs appear on the screen, various ideas emerged, and professors Ripper and Funari made technical comments regarding lighting, framework and composition, giving advice on how the photography could have been better executed. For more unsatisfactory photos, they proposed that the shots be retaken. We all exchanged remarkable impressions of that first field experience, from the residents of the McLaren favela, to the street vendors on Linha Vermelha and --  what we all agreed made the strongest impression -- the “discovery” of homeless people in the area.

Visual Inventory of Daily Life in Maré
by Francisco Valdean

“It is my aim as a photographer to create an inventory of the festive, artistic, and creative daily life in Maré. I consider it a necessary and crucial activity to combat the stereotypical images displayed so often…” 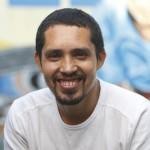 Francisco Valdean possesses a Bachelor’s degree and a Master’s degree in Social Sciences from Rio de Janeiro State University (UERJ) (2013). He has experience in the field of cultural production and image database management and works in image database administration for the Imagens do Povo project at the Observatório de Favelas. He is a member of the research group Images, Narratives and Cultural Practices, which is associated with the post-graduate program in social sciences at Rio de Janeiro State University. He is currently conducting research on the representation of the favelas of Maré in the photographic language of photojournalism and documentation.

Through the Streets of Nova Holanda
by Bira Carvalho

Bira Carvalho is the coordinator of the Imagens do Povo project. He is a photographer trained at the School of Popular Photographers (Escola de Fotógrafos Populares) and a “rueiro.” He likes to hang out on Nova Holanda’s main street, using it as his photographic inspiration. He holds a degree in audiovisual technology from the Popular School of Critical Communication (Escola Popular de Comunicação Crítica, ESPOCC), as well as in conflict mediation from the Getúlio Vargas foundation. A Nova Holanda resident for more than 43 years, Carvalho is a community leader in Maré. 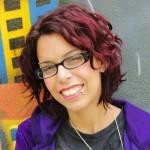 A photographer trained at the School of Popular Photographers (Escola de Fotógrafos Populares) in 2009, Farias has worked as a photographer and was responsible for the indexing, treatment and archiving of images at the Viva Rio Institution from 2009 to 2011. She participated in the collective expositions A Maré do seu Tom (2007), Caçadores de Sonhos (2009) and Viva Favela 10 Anos (2011). Farias administered photography classes for the Wikimaps project and Curta Favela in 2010. She has assisted photographer Thiago Barros, and currently hosts the individual exposition XINGU escritas visuais de Marcia Farias, on display at Gallery 535 at the Observatório de Favelas. 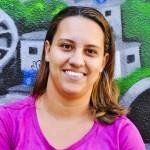 A photographer trained at the School of Popular Photographers (Escola de Fotógrafos Populares) in 2007, Miliotti attended the Popular School of Critical Communication (Escola Popular de Comunicação Crítica, ESPOCC) at the Observatório de Favelas. She holds a degree in Social Communication and Journalism, and attends a post-graduate program in Digital Media Management. In 2009 she interned in communication at the Observatório de Favelas and currently works as a journalist at Redes de Desenvolvimento da Maré. She develops press consultancy projects for digital media.