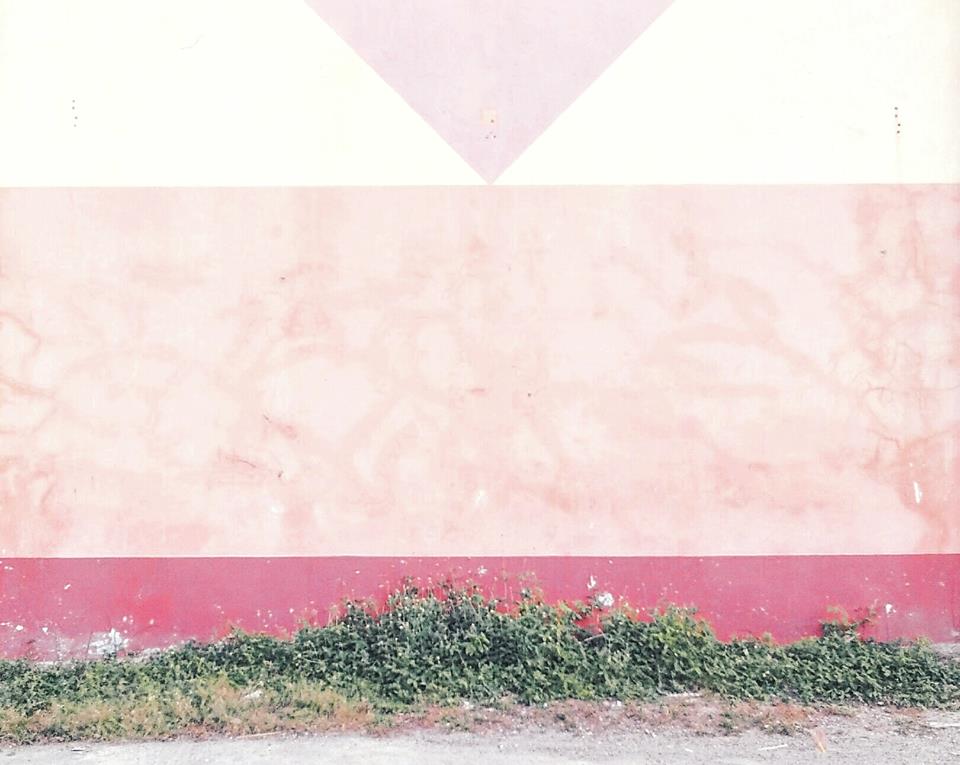 THE BAKLA, THE AGI: OUR GENDERS WHICH ARE NOT ONE

I. The ethnolinguistic premise of Philippine genders

While the discourses of solidarity which promise the formation of community may require us to speak in a language that renders "gender" to be intelligible -- received within a universe that thrives in sensus communis, so to speak -- the question of difference must put pressure on "universality" and the various platforms where its singular speech is heard. Such gesture is imperative. It can only enable modes of identity outside this "always already" inclusive matrix to speak for themselves, a position that is not always assured by the frames of the postcolonial, the modern, and their hybridities.[1]

A tropic opportunity that is summoned in many circles is the individual standing in for the collective (or the personal becoming the political), so that the one and the many may be deemed to imagine entry to a utopia only characterized by equality, precisely because "gender" had been opened up to be dissimulating or transitive, in the first place. The thought that this linguistic model is prone to lapses in inclusivity should be humbling, at the same time that reminds us of how much of what is yet to be done must begin with an intimately recalcitrant encounter with language: why it misapprehends, what it disavows, how it silences.

The Philippine work package of the international creative activist consortium GlobalGRACE Gender and Cultures of Equality[2] seeks to address this particular predicament within global gender studies by allowing young LGBTQ writers to narrate the terms of their sufferance, the longing which is worked out from their disentanglements with a history that excludes them, and the emancipation that is conjured from this desire in everyday life. Through a national workshop that gathers a diverse group of writers in the University of the Philippines at Diliman, and a community workshop that caters to the San Pablo youth in Laguna province, the project aspires to make "life lovable" by immersing the question of genre into the emergence of gender as a primary force of artistic creation.

While conversing with a discourse theorized primarily from the former seats of empire and its neo-colonies, the local, in every step of its awkward ways, declares its autonomy to argue for its decolonial status, if not the methodology of such a project. Locality instantiates itself through the vernacular, its tropes and idioms. In this sense, once one engages the practice of translation, the relations of power between languages are revealed to be inarbitrary, and the complex processes along the strife that are summarized through untranslatability become a symptom of a resistivity from within these newfound and well-deserved entitlements of the local. Does the local remain peripheral in its emancipation? It does, in many ways, and must remain so, strategically, to articulate pedagogies and disseminate literacies of its own, so as not to stay marginal, from the periphery.

The pieces chosen for this Philippine suite as a contribution to the syllabus of gender equality to be taught from the University of the Peripheries in Rio de Janeiro feature two Filipinx poets: Vincent Empimano, who is from San Pablo, Laguna (Luzon island) and writes in Tagalog; and Macky Torrechilla, who is from Hamtic, Antique (Panay island) and writes in Kinaray-a. In the Philippines, languages are markers of ethnic difference and the cultural specificity of place. Provisionally, we can argue then that gender in the Philippine archipelago is all at once diverse and by and large variegating because of these ethnolinguistic subjectivities. Two genders which challenge the cisheteropatriarchal binary from this perspective are the bakla, configured in the "gay" language games of Empimano's "Utoy" and the agi, who foregrounds herself in Torrechilla's "queer" anti-elegy "Patyo." The images which accompany our prose and poetry are photographs by Christian Tablazon,  GlobalGRACE fiction fellow for 2019.

How have the "bakla"[3] and the "agi" been audible in discourse? Where can we begin tracing their audibility?

The Vocabulario de la lengua tagala (1860) offers us a set of concepts which bring the "bacla" to entrench a coordinate of gender difference for the turn of the century in colonial Philippines.[4] Enlabiar (seduction) signifies her entering discourse, and her tactic is coupled with engañar (deception), through lustre (prominence) or hermosura (beauty).[5] A notion of bakla as device of persuasion is elaborated further as "moverse por algun interes o provecho,"[6]to be inspired according to a motive or a sense of benefit. At the same time, the bakla signifies, through "desollarse," (to wound)a vulnerability.[7]Now the persuaded is moved to action, but he also hesitates: to be "nababacla" is to be fearful of a new thing (espanto de cosa nueva).[8] This is an early instance of homophobia and transphobia spoken in the long duration of the Tagalog language.

The lexicon is most significant in marking out the emergence of "alteracion"[9] as a descriptor of the bakla or her potency, so to speak; consequently, such instance might as well be our overture to the bakla in her trans turn. A figure is able to change, in spite of a fear toward her, and because of her capacity to enchant, deceive, inspire, and even subject one to trouble. She is an index to perplexity and restlessness precisely at the moment of performing transformation. We must note however, that in these linguistic instances, the bakla, even in her trans-ness, is assembled to construct a metonym of the totalizing consciousness that engenders her as such, and not as an identity that is able to dictate the terms of recognition. I say totalizing because such consciousness that engenders does not allow itself to be changed, to be overcome, as finally engaged in a dialectic.

In the Diccionario de la lengua bisaya hiliguiena y haraya (1841)[10], "agui" is registered as"señal" (sign), "huella" (track),"rastro de lo que paso" (trace of passage).[11] It also refers to the act of walking by (pasar andando)[12], manifesting in various aspects of the voyage, as "transitar,""transito,""transitorio."[13] Paradoxically, it conducts itself as a "hidden trace" (tandang̃a tago) by way of "ostugo,"[14] intimating the aleatory rhythm of passing through, its visibility alternating between countenance and camouflage.

The agi is configured metonymically, as phenomenal movement, but only after portraying the sensorium as unable to cope with her flux. Similar to the Tagalog bakla described above, the Kinaray-a agi in this instance is not an identity, but a series of scenes identifying some sort of difference. And because such movement cannot be located, it might as well be misapprehended.

In these readings of the "bakla" and the "agi" against the grain of the imperial archive, one may intuit gender as a sensation that must be curtailed (bakla) and an experience that cannot be reported (agi). The historical autochthony of such a priori embodiments can only be defaced to announce the legitimacy of colonial arrival.Conversing with Vincent and Macky separately, I was convinced that their texts allow the "bakla" and the "agi" to perform a kind of male-assigned but feminine-identifying personalities in Laguna and in Antique, and yet their dialogue with other bakla and agi also reveal a refusal of globally legible signifiers such as "gay," "queer," and "trans," while being open to the allure of such crossings into language. Such tension enables the decolonial south-by-south project to participate in circuits of the contemporary.

We hope that our readers may imagine the bakla and the agi as not just signifiers of gender in languages thriving to diversify our stories[15] in these parts of the planet, but also as languages themselves, engendering resistive bodies at every possible path of unfolding.

The screeching sound of feet in our living room roused me from sleep. It was 4 am. When I went out of my room, I saw Father all dressed up for work.

After saying goodbye to Mother, he turned to me, and kissed me on the cheek, saying, "Little Boy, help your Mother with her chores, okay?"

Father finally left. I ate breakfast early because I needed to meet up with my friends Marco, Rap-Rap, and Bukol. I eagerly dressed up for my meeting, and said goodbye to Mother. I immediately looked for my friends upon reaching Big Brother Alex's store. There were lots of children; they all probably hung out there because of the mouth-watering sweets on sale. I saw my friends after a few seconds. They had company: Angelica, Barbie, Eula, and Leslie. I smiled in secret. I would probably be making use of the hokage[16] moves I've rehearsed for many afternoons.

"Wait a minute, you really want it now?" Eula said.

"Let's do it, we can't be wasting time," Bukol was exasperated.

Everyone decided to begin. They all huddled together in a corner. Eula and Leslie tied the rubber band rope to their thighs then maintained a certain distance. We also folded the hems of our shorts and positioned ourselves to each take a shot.[17]

And there it went, our jolly ten-twenty game. Of course I did not allow Eula and the girls to beat us, so we did everything not to become the "it." I had to save Bukol because his "feet" were too short. The badings[18] were so gleeful that the girls didn't have a chance at all. We were swaying our hips vigorously, as if taunting them.

And yet they all halted to sing.

"Why did the song turn way too soft?," I responded mockingly.

"I want it louder, sway your hips, sway," I screamed.

And the young bading could not continue her song when she saw the man behind: her Father!

The dark witnesses
demons,
elementals,
ghosts
quiet in the corner
before the moans of two souls.
Here, they sleep,
here, they rest.
Here, I’ll spit,
kill, and bury
the future of those
who would have been doctors,
teachers, engineers, seafarers,
the unemployed, prostitutes, addicts,
criminals.

MackyTorrechilla was crowned Miss Gay Hamtic in 2017, in Antique, Philippines.