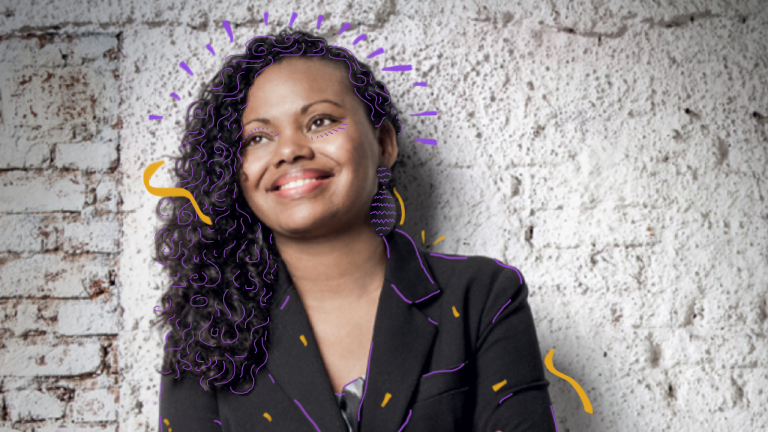 "Entrepreneurship in Brazil is led by the black population. 131 years ago, Bahia’s tray vendor women bought their emancipation selling food. We have a very strong entrepreneurial vein; it is in our DNA," says Adriana Barbosa, director of the Black Fair Institute. The Business Owners in Brazil report, by Sebrae [Brazil’s support service for micro and small enterprises]  with data from the National Household Sample Survey (PNAD 2014), validates Barbosa’s claim. Brazil’s black population leads in the individual micro-entrepreneur category (51%), but this statistic belies a lack of structural change, as blacks also form the majority of micro-entrepreneurs who earned nothing (60%).

In 2002, Adriana Barbosa began working to re-signify the participation of the Brazilian black community in the economy and thus founded the Black Fair, an action platform focused on black people and blackness. The initiative seeks to encourage black culture and economic development through the promotion of black entrepreneurship. The Institute is responsible for organizing the largest black culture event in Latin America, based on Afro-entrepreneurship and its vocation for the creative economy. The Black Fair has already received almost 200,000 visitors in its 17 editions. The most recent edition, held in November 2018, gathered more than 50,000 people in São Paulo in a ten-day cultural program that included concerts, debates, workshops, and interventions. In all, 120 entrepreneurs, 40 speakers from several countries, with some R$700,000 (almost US$187,000) in circulation that day alone. In her interview with Peripheries journal, Adriana spoke about the creative economy and the practices she develops to deepen the power of black entrepreneurship in Brazil.

Can you tell us a little about the trajectory of the Black Fair?

Therefore, when I got started, we had some of these consumption perception indicators for the black population. We had to have products to meet this demand, and that’s how the Black Fair got started, really imbued with the entrepreneurial spirit of my great-grandmother. We were a house in need, and she invented and created things related to gastronomy to sell—sell today and eat tomorrow. So the Fair started in this context. And at the time, in Vila Madalena, there was this buzz around black music and black music parties. And I went to these parties and saw the concentration of young black people who went to listen to the music, consume that culture, that lifestyle. And there were also black people in the production processes, in the production chain, DJs, sound technicians, ticket offices. It was mostly black people involved in the production process working, and also consuming, but at the end of the night, it was white men who owned the money. It bothered me to know that we produced and consumed, but we didn't own that money and that story. And the Fair was created to concentrate, to gather, to promote the meeting of these creative powers—without mediators, we alone being the owners of our own history and of our own money.

The Black Fair works directly with the strengthening of the black identity and the black economy. How did you work to build these values?

The values of the Black Fair are supported by the theme of fostering entrepreneurship and valuing black culture based on self-esteem. We provided a space that many black people frequented, with the best of black aesthetics, with its colorful clothes, with its voluminous hair, with a very strong representation based in black aesthetics. As people saw each other and recognized each other at the Fair, they reverberated this beyond the Black Fair [saying] ‘I want to take ownership of my curly hair, I want to wear these colorful clothes in my daily life.’

And as it strengthened the self-esteem of the black population, more products and services were demanded by the market specifically served by black entrepreneurship. So what the Fair did was potentiate this demand through cultural programming. We reinforced self-esteem through the appreciation of black culture, through plays, literature, concerts, music, children's spaces. We brought everything that we could develop and guided black culture in the perspective of appreciation—not only of identity, but self-esteem. This helped to build a market. Besides that, there is the process of hair transition for black women, who began to look at themselves with curly hair and say 'I also want to have my hair curly,' and then that reverberates: they go to YouTube, tell stories, rescue ancestral recipes from their grandparents and great grandparents, like coconut oil, mayonnaise, aloe. They manage to decipher these ancestral codes for the market, and today there are all these companies that work with cosmetic products for those who have curly and kinky hair. So what the Fair did was this, it used black culture to promote valorization and self-esteem, and it’s from that basis that we talk about the market and economic development.

How has the Black Fair contributed to a cultural and entrepreneurial Afro-Brazilian movement?

For 18 years, the Fair has been a platform for entrepreneurship. This was an agenda that we were already defending back then, talking about the economy, talking about Black Money. It was the first movement to bring the concept of Black Money to Brazil—an anti-American concept of money circulation among blacks. The entire production process of the Fair was made by black people, from the guy who sets up the stage, to the security team, to the journalists, to the sound technicians. Finally, we have a chain of black production, black products, black consumption. So as we moved forward with this agenda, we discovered where the holes were and we tried to fill the gaps.

We held the Fair in the street for a long time, and when we went to a fairground pavilion, when signing the contracts, the pavilion demanded that the entrepreneurs submit invoices, but most of them were informal. And then we started working with Sebrae to formalize these entrepreneurs, so we created a training process. Today we have a program that will be three years old this year called Afro Lab, which supports entrepreneurs in the process of creation, production and distribution and consumption, creating the products and bringing stories related to the colonization process—because it’s from there that these stories of design, technology, methodology, and very refined systems can be expressed in products and services.

We even provide an outlet for them to sell. The Black Fair is this outlet space, as well as Mercado Livre, who has partnered with us to sell online. So we have a systemic perspective today in relation to support for entrepreneurs and helping these entrepreneurs develop quality products reach the consumer that wants to consume them.

What are the main challenges you see for the future of afro-entrepreneurship in Brazil?

The main challenge I see is for Brazil to accept and assume that entrepreneurship here is led by the black population. 131 years ago, the tray women of Bahia bought their emancipation selling food. And today this group is still represented by the tray women of Bahia, the sellers of Acarajé. There is still an association, after over 70 years, of women tray vendors. They are, to this day, the digital influencers who sell to the big brands.

We have a very strong entrepreneurial vein, it is in our DNA. When you take the Sebrae data on the individual microentrepreneur category it is led by the black population, in its majority by black women that are out of the formal labor market, are unemployed and they become entrepreneurs. And the great challenge that we have is to transcend this perspective of the need for bare subsistence, to sell today to eat tomorrow,  and turn it into opportunity. How do we transform our numbers into a strategy for development for Brazil?

And finally, the area of technology. Today all the process of financing, investment, money, is in a startup ecosystem and we are not in this ecosystem. We're out of accelerators, we're out of incubators. We've been creating incubators, we've been talking as an ecosystem, but this is still an incipient movement. How do you give scale to democratization and access to the internet, democratizing the codes? So I think this is another challenge we have: credit, knowledge, visibility, telling the narratives of potency.

Based on your understanding, what are the alternative experiences that act as a counterbalance to the social inequality of the globalized world?

The alternative we have is black entrepreneurship in Brazil, in relation to capital, in relation to the globalized world, in relation to inequality. Because even in situations of scarcity we were able to survive, to multiply and survive. We are the majority in the country. Brazil has the second-largest black population in the world, second only to Nigeria, which is an African country. So this is really substantial.