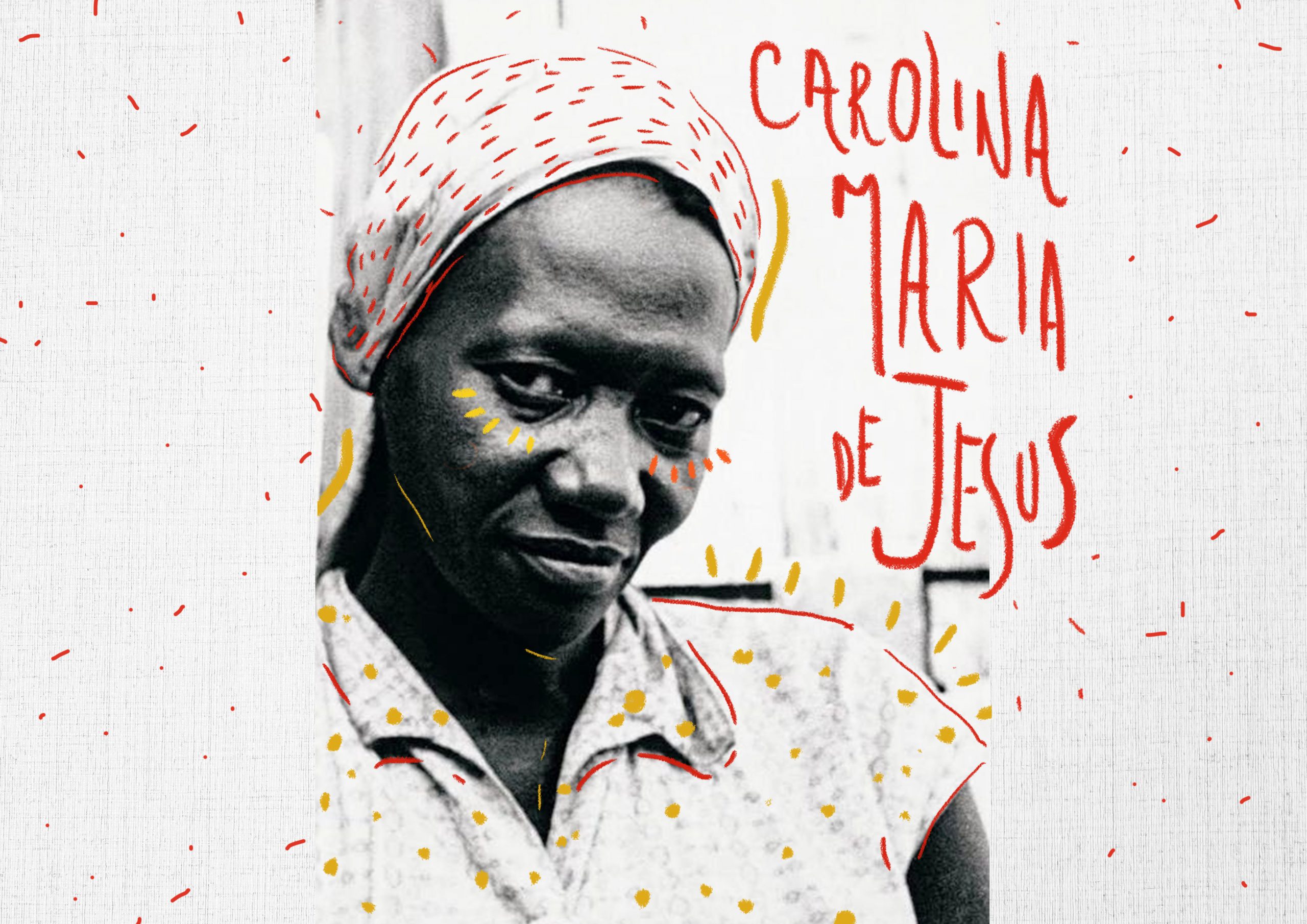 Reflecting on the written memory of Minas de Gerais author Carolina Maria de Jesus (1914-1977) requires care and effort. For someone that barely knows or has never heard of the author of the book Quarto de despejo–diário de uma favelada, published in August of 1960, we must start at the beginning. Carolina Maria de Jesus was born in Sacramento, a small city in the south of Minas Gerais, to a black family of the last enslaved generation of Africans and Afro-descendants brought against their will or born in Brazil. De Jesus herself called her grandfather, the nicknamed  African Socrates, soldo do escravidao,1Literally, the wages rent from slavery not for his physical and mental characteristics, but for his adaptation to the system that would conform him to the demands of being black, poor, and born to illiterate parents.

Carolina Maria de Jesus would have had only to follow the path laid out for her by the Casa Grande2Slavemaster’s house and by powerful landowners, remnants of the bandeirante318th century Portuguese descendents that pillaged, explored, and enslaved native populations in expanding Brazil’s borders period and the bossism created by violence and rampant rural coronelismo.4System of machine politics in Brazil’s Old Republic (1889 - 1930) dominated by local oligarchs over state powers Formed of the same clay that made up the rest of her family, clay the color of bitita — a word derived from the word mbita, from the Mozambican language of Changana, meaning “clay pot,” and, as the Infopedia Dictionary of Portuguese puts it, the “singular feminine diminutive of this term results in the word ‘bitita."5Free translation Thus, bitita (the author’s childhood nickname) refers to something of clay, ochre or black in color.

This enslaved ancestrality and the forced destiny of subservience, on the contrary, gave de Jesus courage and drive, beginning in the two years she spent frequenting a Spiritist high school. Determination and dreams beyond measure pushed the little black girl to exceed all imaginable, to do the unthinkable and the impossible — and in her persistence in learning to read, even as a little girl, she was deemed crazy. At a tender age, she was arrested and thrown in jail.

Carolina Maria de Jesus had her life journey associated with the question of social disorder because she did not accept for herself a life path directed by others. Her life as a manual laborer, from babysitter to domestic servant, from cook to factory worker, turned her into a pilgrim, taking long journeys by foot from city to city in search of bread and dignity.

In the big city, however, she found unanticipated pain and glory. In São Paulo’s 1940s to 1960s, she charted her existence as stark proof of her “change in function”: a poor little semiliterate black girl could never dare to become an intellectual. To write, even in old notebooks found in the trash, or in the newspapers, was something for the “lettered” or and learned (all male) academics. But de Jesus pushed her way in, doused in courage and daring, masterfully rewriting her own DNA. On the streets of the big city, she turned from an “exotic object,” spending cold nights in tenements and on the sidewalks beneath highway overpasses, to “out of order” — something to be thrown out, destined for the trash heap, for despejo6For the dump, or to be evicted (a reference to the title of Quarto de despejo).

From this impure mud she picked the most precious flower — her ideas and thoughts on Brazil’s underground, where the yell of the favela and its people echoed strongest. Quarto de despejo, her debut book, triggered a new schism in Brazilian intellectual life — one not felt since romanticism, one that would shake literature strong enough to cause a break with colonialism.

Her literature brought the gift of revolt and of revolution. The aesthetic was, from a conceptual standpoint, that of the canon being broken, akin to a useless bookbinding. Carolina de Jesus — not only with Quarto do despejo, but in her other works, even those yet unpublished — shook the ivory tower, that spearhead between the old and the new (modernizing but outdated on account of its conservatism) in our literature.

With her writing she imposed a new code of literary conduct: it is the woman of the people that writes, literarily, fable-ly, poetically, the anguish of the people. In this aesthetic scheme, she broke from the condition of “unlettered” to writer; from invisibility to fame. In Brazil, she would stand on par with Jorge Amado, Clarice Lispector, Dinah Silveira de Queiroz, Raquel de Queiroz. Internationally, she would break all possible and imaginable barriers. At the junction of these two standards, de Jesus became the new canon. Elitist rhetoric stood (and stands) in opposition to this new reality. Racially aggressive, her narrative is harrowing, discursive, modern at the same time that remains in touch with reality and lives within the changing anxieties of Brazilian national consciousness. In fiction, she speaks through her romances, especially in Pedaços da fome, in poetry, just remember the strength of O colono e o fazendeiro, in short stories, Onde estas Felicidade?

Carolina is the factor that breaks with the reining literary neocolonialism, active since Brazil’s Semana de Arte Moderna in 1922. Her legacy and increasing presence today testify to the force of nature in her written thought, which remains current and contemporary, subversive and revolutionary, rebranded as alternative, marginal, peripheral.

Born 105 years ago, de Jesus left with us much more than unpublished works, dreams, and resilience. Revisiting her work has become more and more urgent. Reading her is, to put it crudely, absolutely imperative. She is still muzzled by the threat of 1964.7The rise of the Brazilian military dictatorship Her voice has been hushed in dungeons of national consciousness. Speaking of and reading de Jesus has become something dangerous, risky, threatening. Treating her as the author, thinker, and intellectual that she is has become a condemnation, an affront to the caste of the academic ivory tower of literature and learning.

This is a long and stony road. This is work that remains to be done — done with the same pain and suffering endured by the black current author Carolina Maria de Jesus.

Tom Farias is a journalist and writer. He is the author of Carolina, um biografia (Malê, 2018, 402 pp., illustrated).