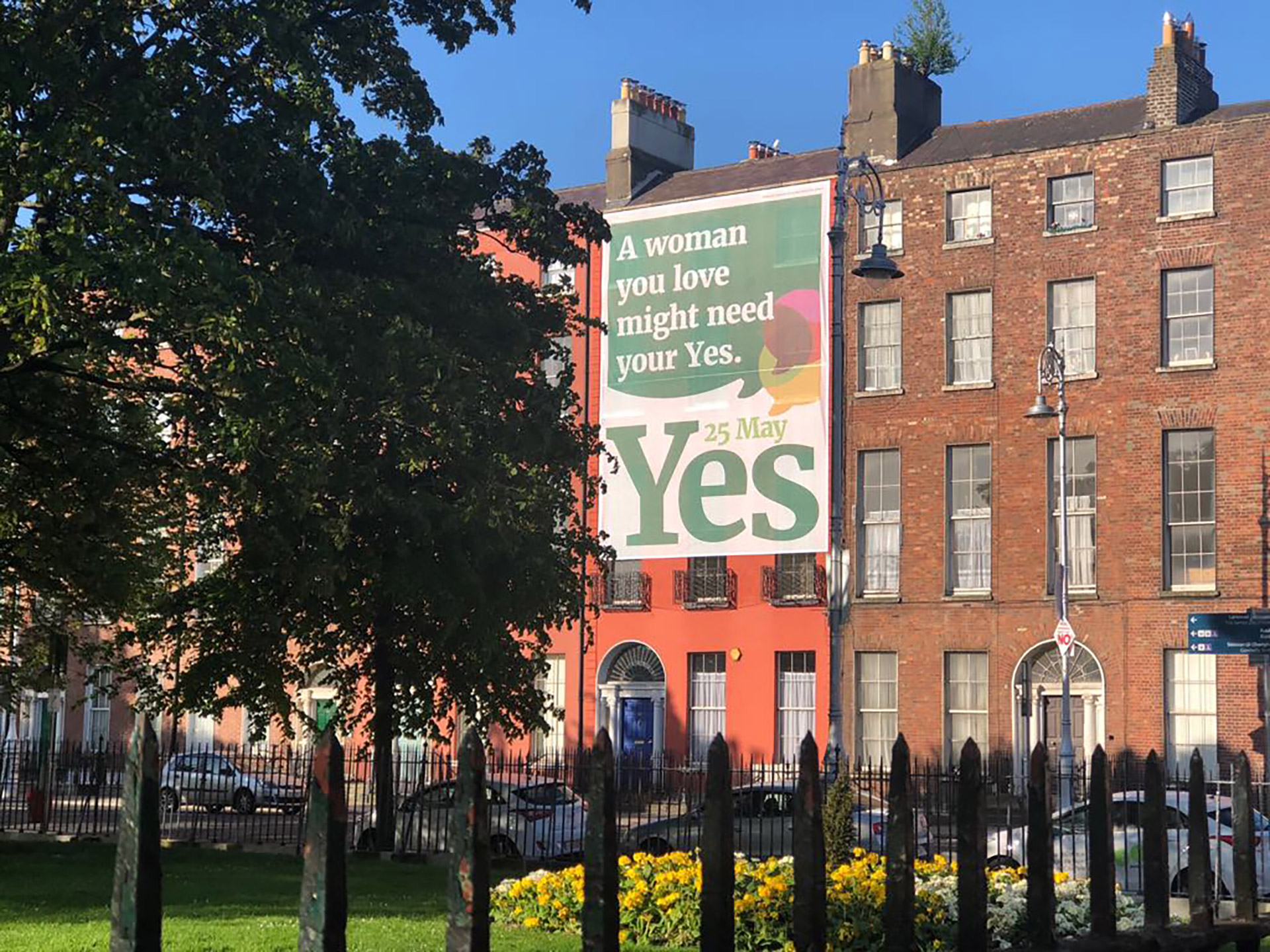 As someone who grew up in Northern Ireland in the late 1960s and 1970s, with the looming and ever present spectre of Margaret Thatcher, I have been intrigued to investigate what form neoliberalism may have taken just south of the border on the island of Ireland (as opposed to Thatcherism in the UK and NI). I had no recollection of there being any significant incidents or political pronouncements made by the Republic’s 1970s and 1980s Government around labour rights (miners‘ strike 1984), or civil and housing rights (Bloody Sunday 1972).

This lack of any dedicated neoliberal project has been described by Kitchin (2012: 1306) as a “certain species of neoliberalism in Ireland which is perhaps best characterised as ideologically concealed, piecemeal, serendipitous, pragmatic, and commonsensical.”

In fact, Kitchin (2012:1305) points further back into Irish history and governance, pinpointing 4 distinct periods which may help explain Ireland’s own particular brand of neoliberalism.

These four periods are as follows.

Yet, it is hard to deny the now infamous ‘Celtic Tiger’ as an example that can be characterised by a range of practices which bear important similarities with key processes of neoliberalisation. (Fitzsimons 2017, O’Hearne 2003, O’Riain 2012)

As per Birch and Mykhnenko, these key processes include

What is clear however, is that despite the obvious lack of an ideologically promoted neoliberal project as seen elsewhere (UK and USA), Ireland’s transformation to a ‘neoliberal State’ (Allen, 2007: 62) can be more clearly defined in the 1990s and 2000s as operating at two levels: international and national/local.

As highlighted above, as a legacy of a 1950s policy of protectionism and import substitution, the scene was already set for the Irish state to re-create a vibrant and open economy. Ireland would attract FDI with its ease of conducting business and generating profit, alongside what has been described as ‘light touch’ regulation paired with one of the lowest corporate tax rates in Western Europe -- formerly 10 per cent, now 12.5 (IDA Ireland 2018).

Nationally, the state pandered to political allies, namely private property investors and developers. This not only helped cultivate the conditions for a property boom, but also featured a lack of spatial selectivity (Ireland had an outdated 2002 National Spatial Strategy) and forward planning. Subsequently, this led to inappropriate piecemeal policy instruments that in turn left a legacy of unfinished housing developments and ghost estates (Loughlin 2018).

As the property sector began to take precedence over FDI as the major generator of state revenue, compounded also by a reliance on indirect taxes from the property sector, an economic model was created which was only able to perform adequately in a situation of perpetual growth (Clark and Kavanagh 2014: 29). This therefore set the scene for the property bubble: the associated excessive and inappropriate lending by the Irish national banking system that in turn borrowed from the international banking sector on the brink of the 2008 crisis.

When these two operating scales failed, the crisis that unfolded coalesced into what was to become Ireland’s now-famous bank bailout by the European Central Bank, the IMF and the European Union plus the onset of agreed-upon austerity.  Despite being touted as a role model for the benefits of economic austerity (Kitchin 2012:1303), the bailout lead to profound social and economic changes across all sectors of Irish society (Social Justice Ireland 2018).

New Managerialism in Ireland – The Organisational Arm of Neoliberalism

Even if it can be argued that Ireland’s postcolonial context has created a ‘mutant’ brand of neoliberalism (Kitchin et al 2012:1317), characteristics of neoliberalism can still be found in Ireland’s social, economic and political arenas. One such area lies within what Lynch (2012:89) has described as the organisational arm of neoliberalism – New Managerialism.

One feature within this process of new managerialism that is worth exploring further in Ireland is what Fitzsimons (2017:12) has described as the ‘Trojan horse’ of corporatist social partnership. That is, the Social Partnership involving an initial ensemble of the State, trade unions, employer and farmer representative organisations. This partnership was extended eventually in 1997 to include what became the National Community Pillar, which itself was an amalgam of self-appointed community sector leaders, along with other chosen third sector NGOs (Fitzsimons 2017:12).

Once again the embrace of new managerialism through social partnerships fitted well into the existing Irish neoliberalisation as characterised by “the dense networks of institutions of ‘social partnership’ extending across all spheres of the political economy and integrating local actors, state agencies, and European Union Programmes … [that became] an institutional mechanism of public governance through almost all spheres of public life” (O’Riain 2004:9-10 in Kitchin et al 2012:1307).

However in terms of the community/voluntary sector, Fitzsimons (2017:13) questions the actual value of partnership in the context of not only a deepening austerity but also a recommitment to neoliberalism as a means to solve Ireland’s problems. “The difficulty with social partnership is that it did not tame capitalism. Instead, social partnership offered an illusion of compromise and shared decision-making that concealed the transfer of wealth from the lower tiers of society to the top.”

Austerity - An Agenda of Survival

Austerity in Ireland was initially seen as a ‘roll over and take it’ (Alderman 2011; Cox 2013) strategy, or perhaps more aptly put as ‘an agenda of survival’ (Crowley 2012:2). From households to community, health and education sectors, this profound sense of indebtedness eroded the everyday lives of people, families and employees. Most shocking, it is clear that those who were already marginalised would in fact bear the brunt of this fiscal, social and economic ‘grin and bear it’ policy, (Carney et al. 2014; O’Flynn et al. 2014) together with those that supported them through community development and education (Harvey 2012).

Even though in 2013 Ireland’s Prime Minister Enda Kenny proclaimed that Ireland was out of recession (Irish Times 2013), for many of those of us who work within the community sector, we have yet to see people’s lives improve. This sense of inequality has been shown by the World Economic Forum (2018), which notes that Ireland’s wealth inequality score increased by over 10 points in the past five years. Ireland now has one of the most unequal distributions of wealth among rich countries (Clark and Cavanagh 2018:16).

The Essence of Community Is Solidarity

So with this ‘amplification of neoliberalism’ (Newman 2014:3291), a reasonable question to ask -- and one which l personally feel needs to be explored --  is: have community sector practitioners challenged or resisted the hegemony of neoliberalism and how has this resistance shown itself?

Since 2008, Ireland has seen slow, steady but sure-footed protest movements (Hearne 2015). Examples include the Right2Water Campaign (Holland 2015), Home Sweet Home (Deegan 2017), The Marriage Referendum (Cullen & Guildea 2017) and the not insignificant Repeal the 8th Abortion Referendum (Larkin 2018). These movements have much to offer the community sector, not only as inspiration but also as a means of providing “a re-invigorated political armoury of community development” (Kenny 2016:38).

What, therefore, can I, as a community practitioner and educator, offer in the face of this neoliberal logic that has come to embody policy and practice within our work?  Relating to what Niamh O’Reilly (2014:166) describes as the demoralising and conflicting personal question, I question whether I should continue to uphold what often feels like complicity in a system that is not of my making. Yet, I can see and feel that there is now an opportunity as a practitioner to act in solidarity with not only the many who have taken to the streets, but with the many who have negotiated behind the scenes in what Shaw and Crowther (2014) have described hopefully as both “strategic participation” and “strategic non-participation.” This re-negotiation of the terms of engagement with state partners can assist in contemplating deliberately and purposefully “whether the seductive nature of these negotiations is unhelpfully detracting us from building democracy from the ground up or if it is providing genuine opportunities to influence change” (Fitzsimons 2017:161). As Bridger and Alter 2006 (in Van Lierop 2018:29) highlighted, ‘the essence of community is solidarity’ and perhaps it is through solidarity that community development practitioners may find their critical voice.

PhD candidate at University of Dundee in Scotland. As a manager in a family resource centre in West Cork Ireland, the question of how communities can influence policy arises often in discussions with her colleagues and staff. Her thesis therefore aims to investigate aspects of community that may be valuable in influencing social policy, particularly community resilience