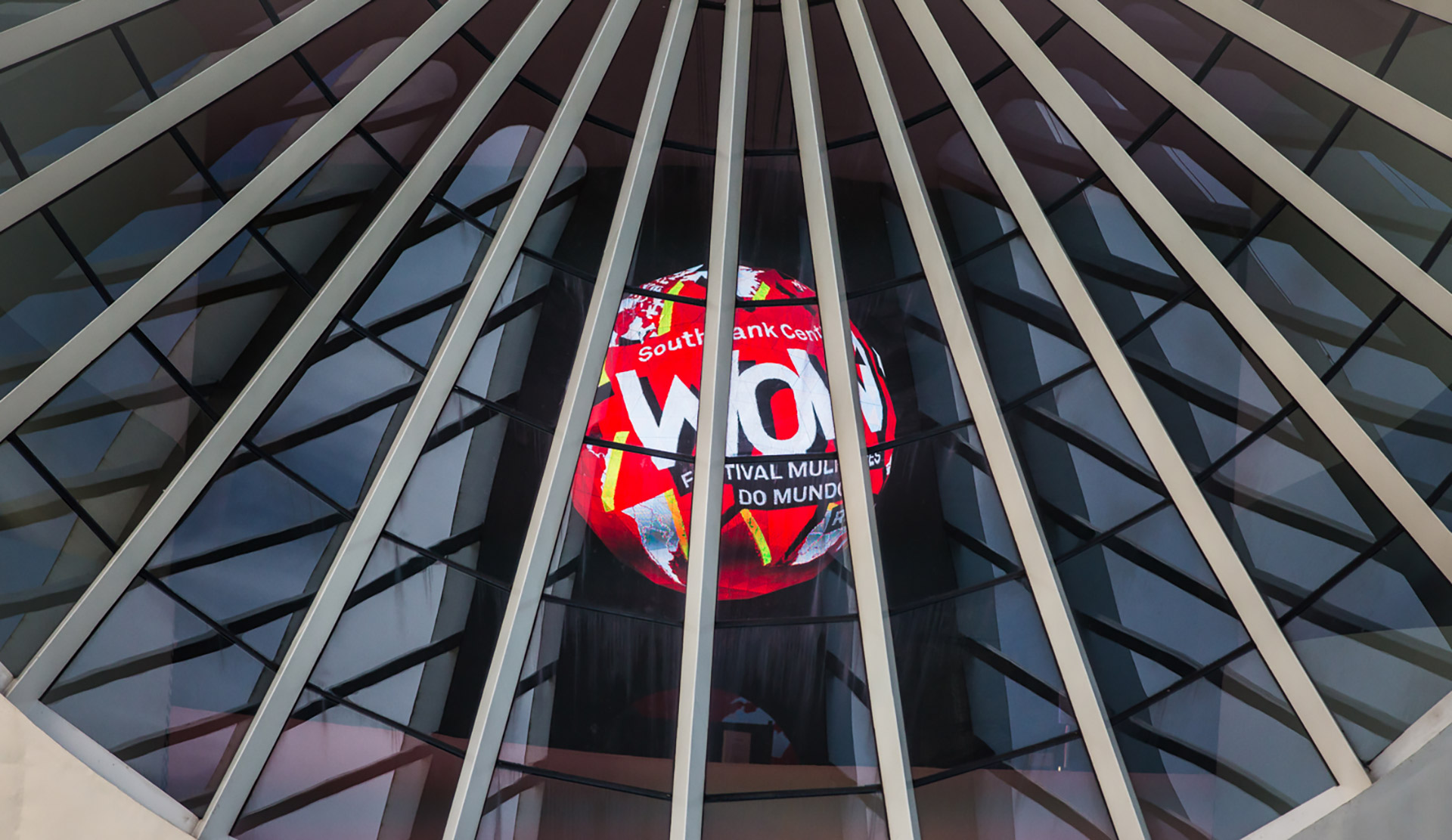 The WOW - Women of the World Festival is an initiative created by British Artistic Director Jude Kelly during her years as Creative Director at Southbank Centre (one of the largest cultural centers in the world, based in London), where she worked for over a decade. Since its launch in 2010, WOW has aimed to be a global platform to discuss, reflect and celebrate women’s perspective around the globe. In the past 8 years, the festival has taken place in over 20 countries in Europe, Asia and Africa. And in Latin America, it was in Brazil, in Rio de Janeiro, that WOW’s first edition took place in 2018.

The Women of the World Festival was imagined with clear goals:

(a) To acknowledge women and girls’ achievements using their own voices to express their fears, struggles, dreams and aspirations; (b) To foster the creation of a safe, open and diverse environment where female leadership works as the propeller for positive change towards gender equity.  (c) To celebrate what it means to be a woman in the contemporary world, recognizing their capacity, skills and empowerment strategies.

The Women’s Festival is a space that aims to bring girls and women together on a local, national and global scale. This is all part of an effort to create a methodology that can represent what is both unique and universal in this process, and it is from this perspective that WOW evolves and adapts its journey from its original experience in the UK.

One of the requirements for WOW to happen in a particular country is that it should be thought of from a partnership with one or more women who already work in grassroots projects at a local level. In the particular case of Rio de Janeiro, the partnership that made WOW possible was agreed upon by the Southbank Centre, the recently formalized WOW Foundation and Redes da Maré, a local NGO which has a long history of work in Maré, the largest favela in the city, where over 140 thousand people live in 16 different communities.

Redes de Maré was founded by local residents, aiming to build medium and long-term projects to improve quality of life within the community. Working from an intersectional and articulated perspective, the projects are developed in five axes: Education, Arts and Culture, Memories and Identities, Territory Development and Public Security.

The Women of the World Festival is therefore connected directly to the axis of territory development, tracing a parallel with one of the main Redes da Maré projects, the Women’s House of Maré, a space set within the community, founded to reduce local gender inequality of women living in Maré, which represents 52% of the total population.

By establishing a partnership to develop WOW in Rio de Janeiro with an organization founded in a favela, it was clear that there was a commitment to taking into account the deep involvement of women coming from peripheral areas (less privileged areas) of the city in the construction of the project.

When it comes to creating the festival in Rio de Janeiro, the methodology followed the programmatic logic of already established in other countries, which are key to keeping the vital aspects of WOW, offering events in the form of dialogues, artistic and cultural productions, entrepreneurship and social activism.

The construction of the programme was thus developed from: (i) the organization of five reflection groups that brought together girls and women from different ages, social and territorial backgrounds in Rio de Janeiro. These meetings sought themes, topics and subjects that were essential for assembling the dialogue segment of WOW Rio (ii) mapping initiatives created by women: the curator aimed to identify collectives, non-profits, social movements, and group or individual experiences that worked with a girls’ and women’s agenda. From this mapping, a database and network were created, focusing on projects that tackle issues involving many aspects of women’s lives, primarily from Rio de Janeiro. (iii) Articulation of partnerships to establish both material and human resources that would enable the production and delivery of this first edition in Brazil. In this item, it is important to highlight the support of the British Council in Brazil since the very beginning of the project, which allocated resources to guarantee that the pre-production and production phase of the festival were carried out properly.

It is important to highlight that the curation process took into consideration women’s contribution in different knowledge areas, aiming not only to open a critical discussion on gender inequality, but also reinforce women’s defining role throughout humanity’s history.

Six large areas were used as guidance for the final programme.

The production phase of WOW Rio (18 months period) was key to articulating, mobilizing and guaranteeing the diversity of different female voices and perspectives in discussing what it means to be a woman in the contemporary world. Also important to the construction was the significant presence of women from the outskirts of Rio, women who were able to establish meaningful exchanges, to be surprised by networks that were created and to recognize themselves in the aspects they have in common with women from other backgrounds.

WOW is a Festival. It was not created to assume a conference or symposium perspective. Nor is it an event that celebrates sponsors. The event in Rio de Janeiro was only possible through harnessing partnerships with a wide range of different institutions that have as a common purpose the will to create a positive impact on the gender equality agenda. More than that, we live in a time where we need to join forces, recognizing female power and women’s strategic roles in changing the status quo. We know the seriousness of the problems experienced by women in Brazil and, therefore, our greatest goal was to build a welcoming place, filled with respect, exchanging possibilities, joy and celebration.