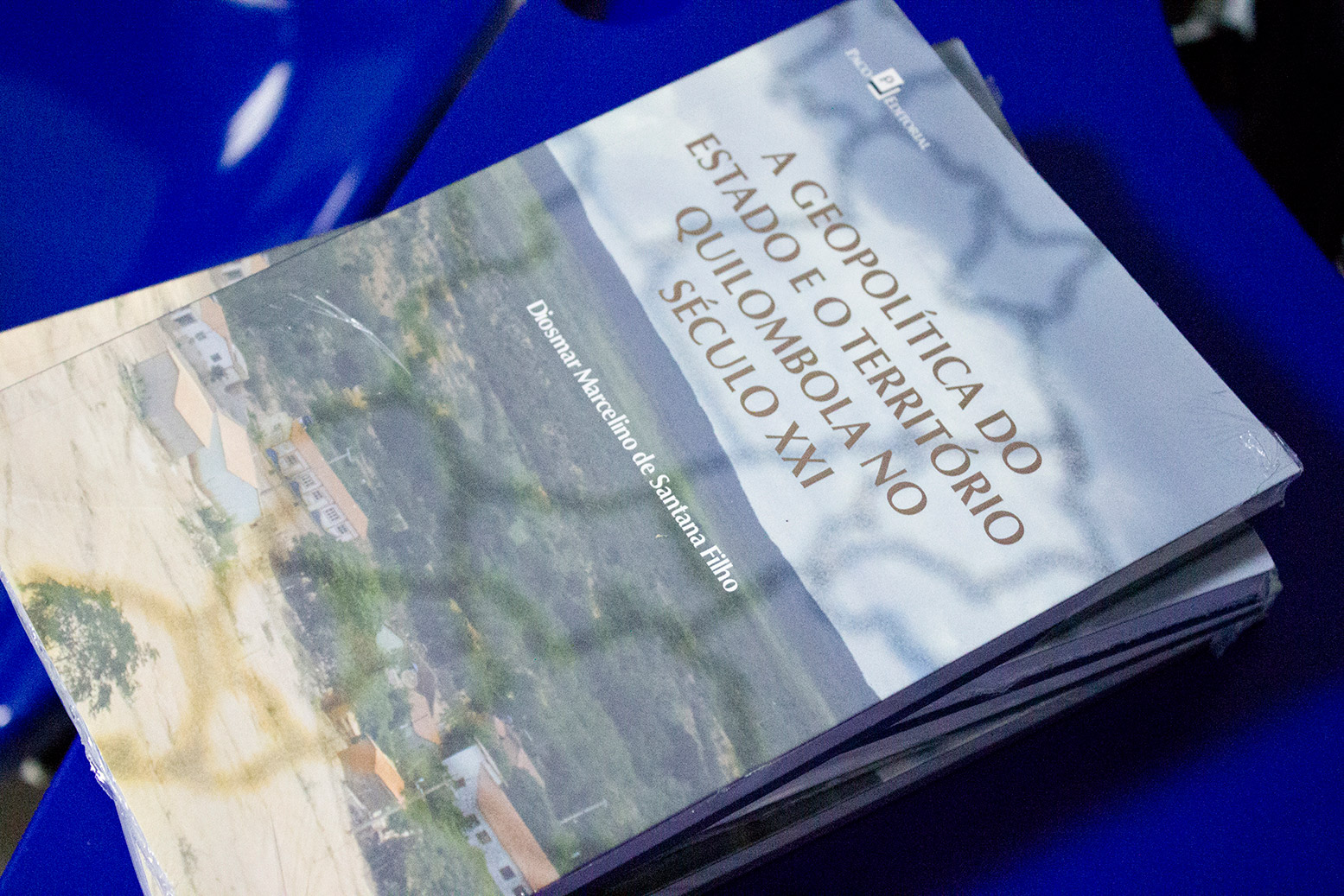 State Geopolitics and Quilombo Territory in the 21st Century, by Diosmar M. Santana

A geopolítica do Estado e o território quilombola no século XXI (Paco Editorial, 2018) was born of the Masters research undertaken by the geographer Diosmar Santana Filho at the Federal University of Bahia (UFBA). The book in question is thus the fruit of a well-planted seed, planted and cared for with learned hands.

Diosmar Santana Filho’s work is a victory for the grandchildren of the Africans that survived the trip across the Atlantic, and established themselves in the lands of Tupi and Guarani peoples. They would go on to write their own Geography, that of the Black Diaspora of the 21st century.

This book is a book contemplated and experienced in the time and space of black intellectual involvement with the core issues of a viscerally racist society. Santana Filho’s work began in  dialogue with movements of the quilombos, of black people, black women and with those traditional peoples and communities found in the Brazilian territory, and in historical tension with the State.

By adopting the analysis of geographical space in the politics of the first decade of our millennium, the author makes reference to the reflections of Milton Santos, especially when he considers and recognizes the space of the State as a social construct of oppression and the reproduction of inequality. It is within exactly this movement of expanding the horizons of critical analyses that the socio-spatial struggles for political and ethnic quilombo affirmation find their home in Santana’s prose.

A geopolítica do Estado is organized in six chapters, each dedicated to the complex historical and social processes involving the geopolitics of the black population in their fight against racism and patrimonialism; the ephemeral and most enduring land achievements; the quilombo movements' to give visibility to their territories; and the affirmation strategies of quilombo men and women as subjects of rights.

The identified path is an exercise in the critical overcoming of production (and reproduction) of dominant readings and interpretations in the fields of human and social sciences, which do not fully recognize (and even do not consider) racism as a structural condition for Brazilian socio-spatial formation. In contrast to hegemonic analysis, Diosmar Santana’s book goes beyond critiquing race relations of oppression and exploitation in our society. It also exalts the black population as the collective author of one of the greatest achievements in the face of structural racism: the Quilombo!

Let us all accept the author’s invitation to consider the Brazilian State-Nation in a radically transformative way, above all by removing the Quilombos from subordinate positions, thus contributing to expanding the visibility of quilombo territories  - with full rights and at the highest standards of society’s revolutionary project.